Yesterday was a pretty busy day around here. All the fresh air and sunshine and fun we indulged in led to another late night crash in front of this box with nothing posted for the day. Apologies to those who came by looking for their pictures – I promise to make it up to you right now 🙂

I started my day at the Lorain Treasurer’s Office. 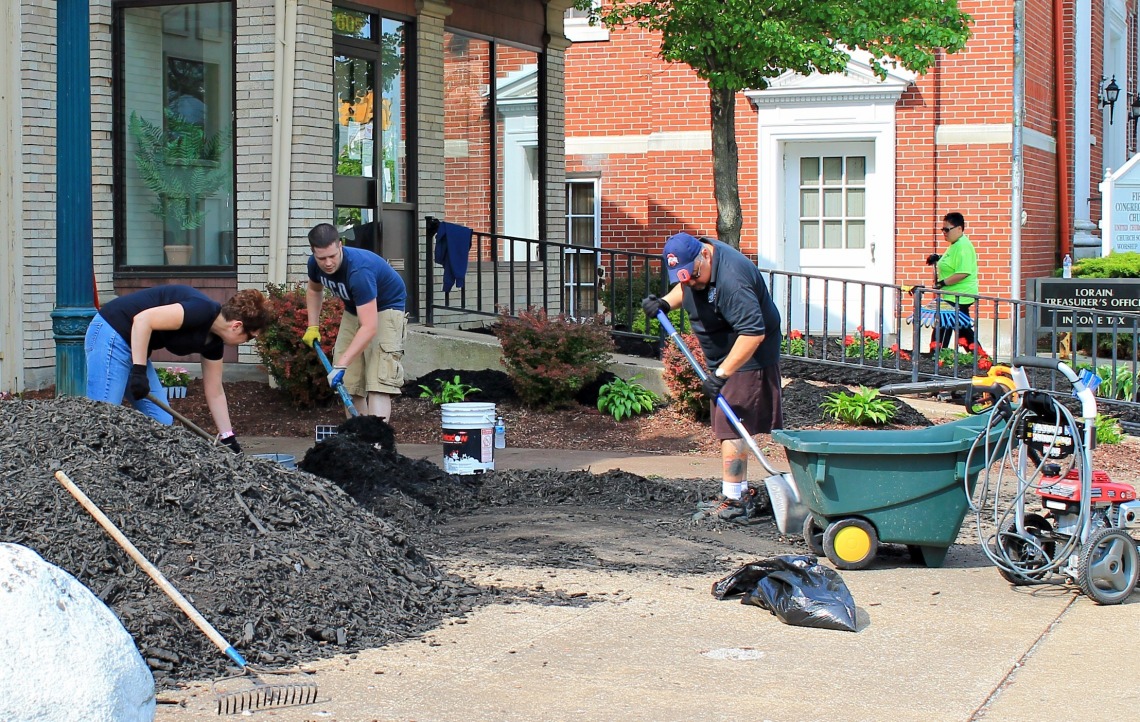 Down the street and around the corner are the Settlers’ Watch; Eric Barnes’ Heroes Walk, and Admiral King Tribute Site greenspaces. 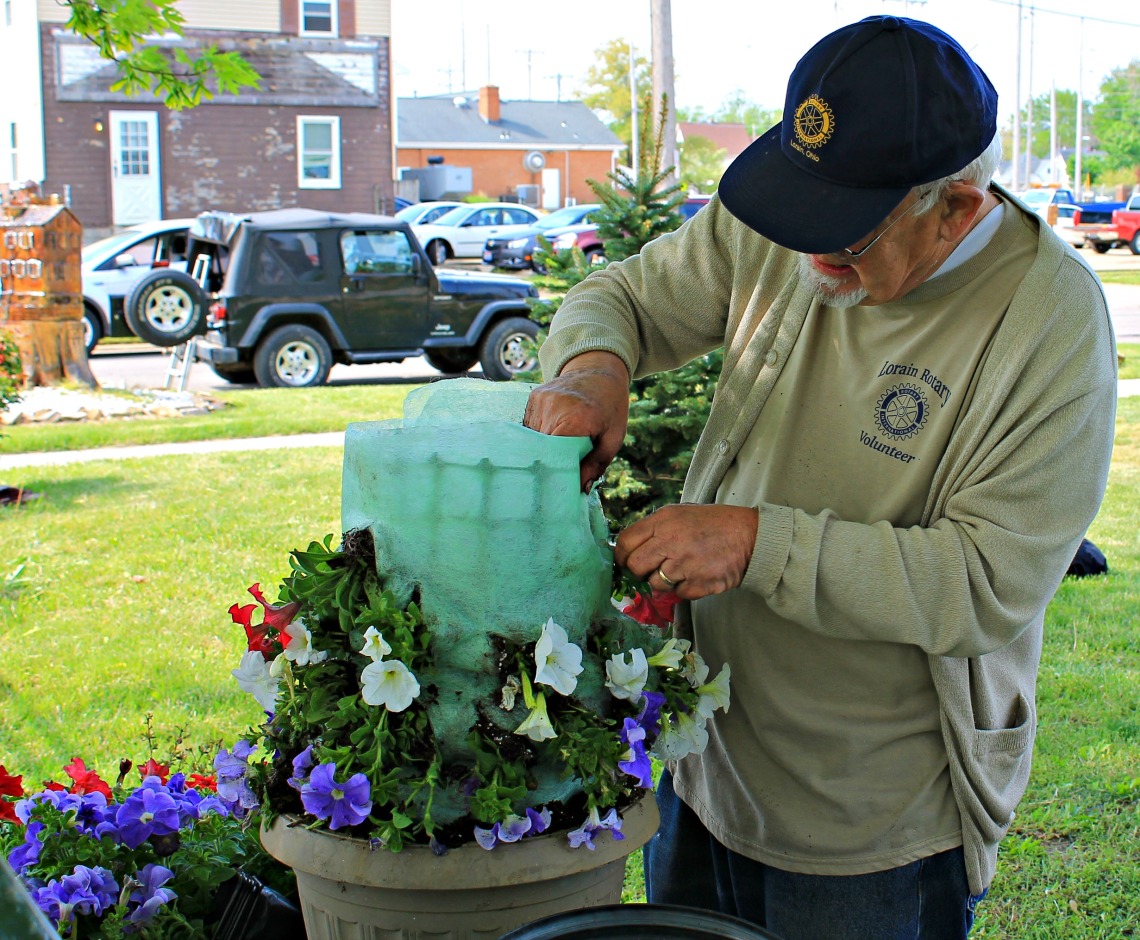 I was told that the Girl Scouts were “in the alley by the Palace”. I had to go see what was going on, because I couldn’t imagine what they would be doing in the alley north of the Palace. Turns out they were in the park on the south side of the Palace.

[I never knew this area was designated as a park. I guess this means I can no longer refer to the new houses on the far West Side as ‘New Lorain’. 😉 ] 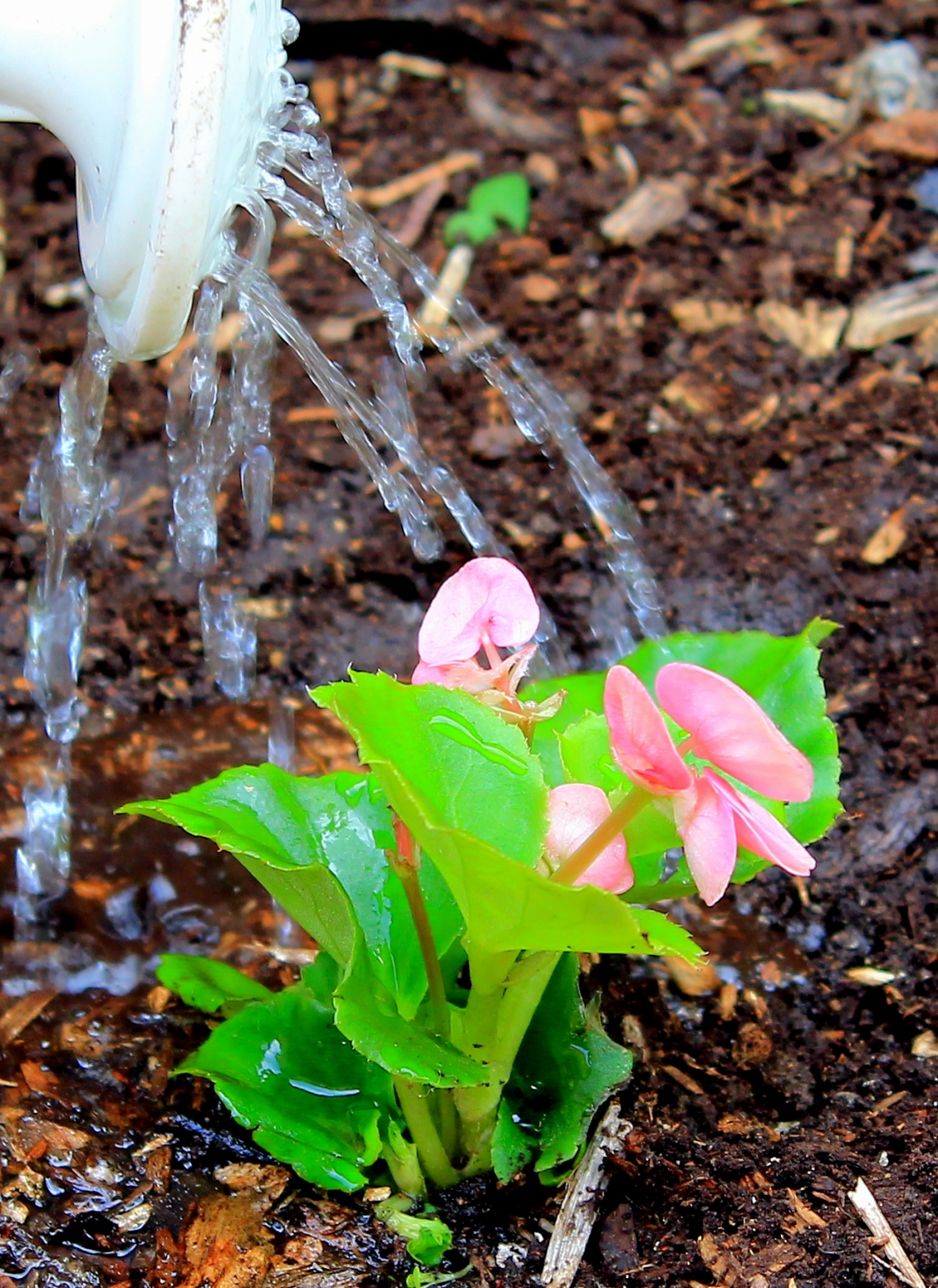 From here, I traveled through the East Side in the hopes of catching the Boy Scouts and East Side Blockwatch at work. I went by Century Park first and that’s where I learned that I’ve been spelling East Side incorrectly for a long time, as it is one word – Eastside. 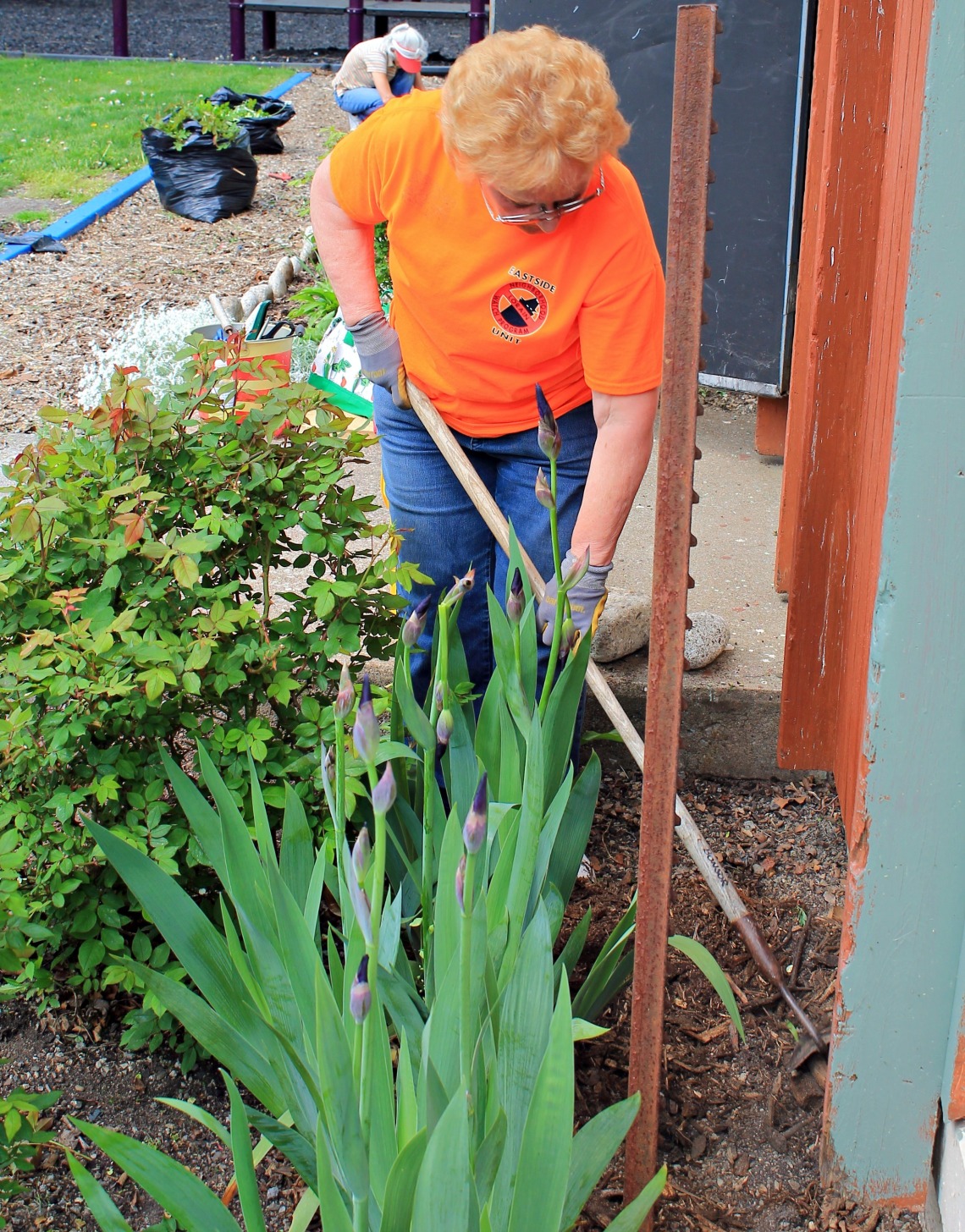 Unfortunately, I missed the Boy Scouts. Their work was done by the time I drove through the Eastside neighborhoods where they were cleaning up the “triangles”, also known as the intersection islands on Cleveland Boulevard. I should have stopped to grab a picture of their hard work, but was on my way to catch the 100+ volunteers at El Centro. I’ll have to get pictures of those spaces soon, as most folks are probably wondering wth intersection triangles are. 😀

By the time I got to El Centro, it was break time and most of the volunteers were enjoying a delicious lunch. They had gotten started early – around 7am – and had been working at various places along Pearl Avenue. The last of the work was being done shortly after I arrived.

My last stop turned out to be the most fun I had all day. That’s where I met the Shiloh Missionary Baptist Church [S.M.B.C.] Young Motivation Girls Club [and some of their siblings, plus the Pastor and Bishop].

These young women are looking for community service projects. If you know of anything coming up that they might be able to help with, please leave a note in the comments. 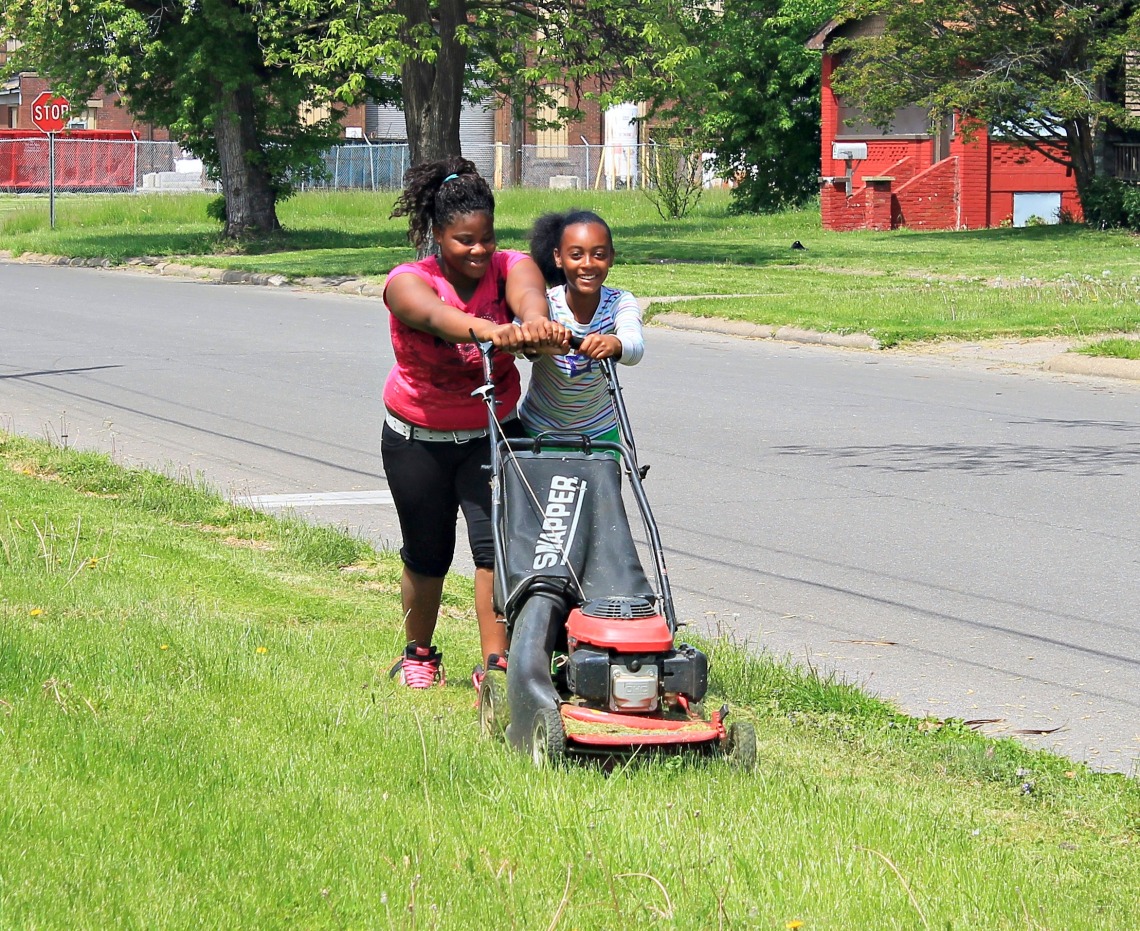