As a reward for their meeting their attendance goals, three students were chosen to smash a pie in Principal Bryan Hilko’s face during the lunch periods.

Unfortunately, the first one happened so quickly that I completely missed it.

However, I did catch the two that came after. 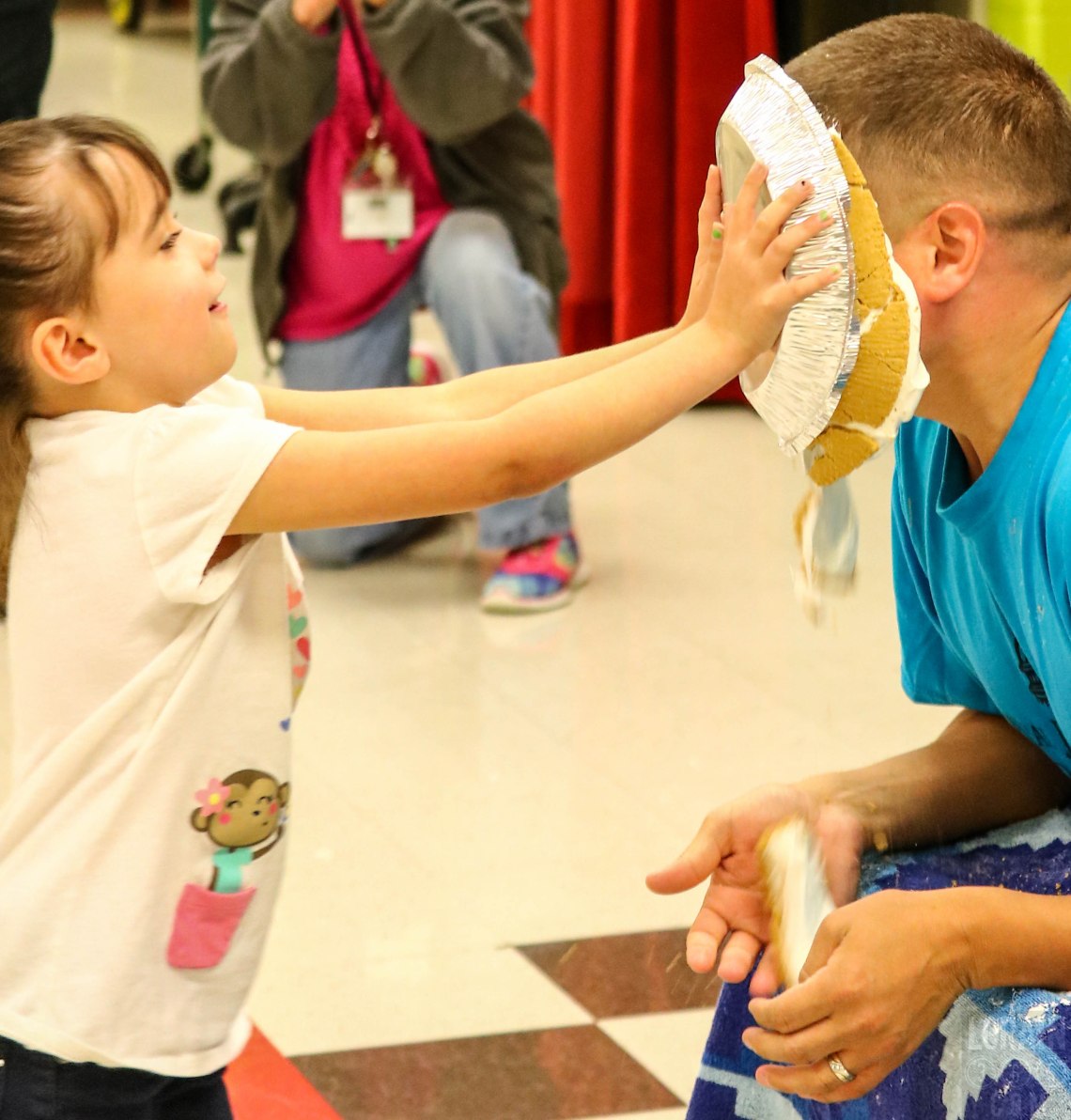 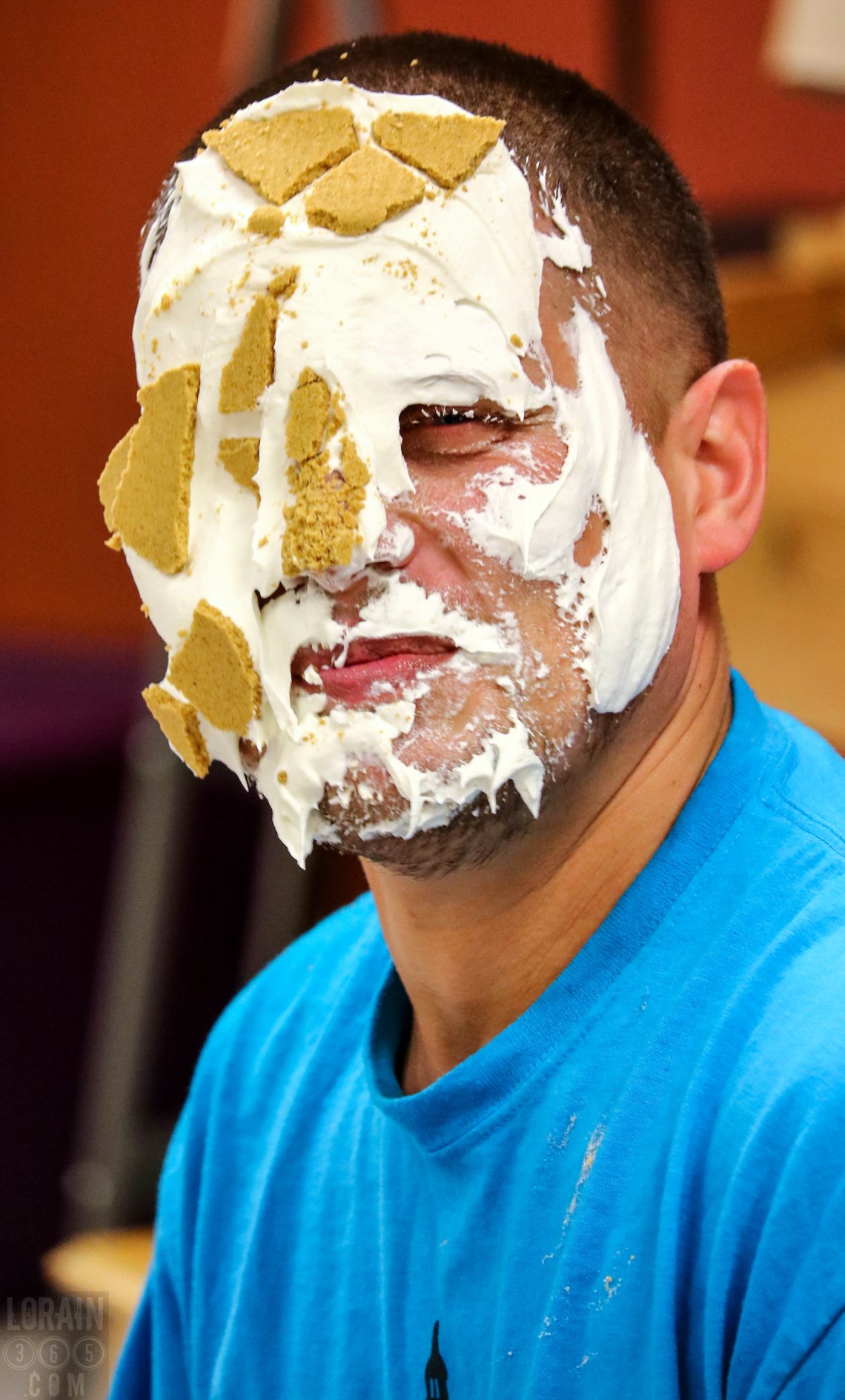 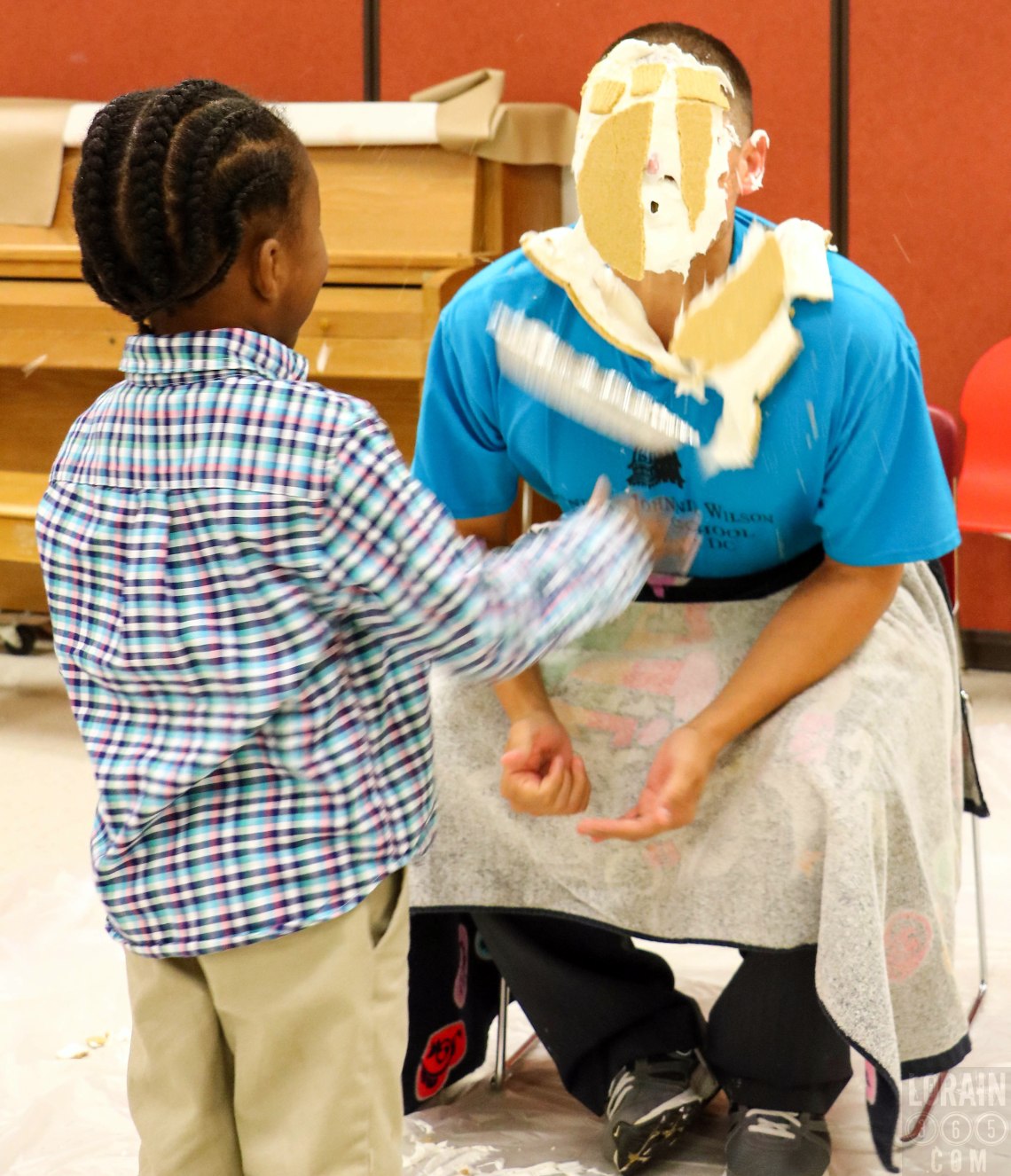 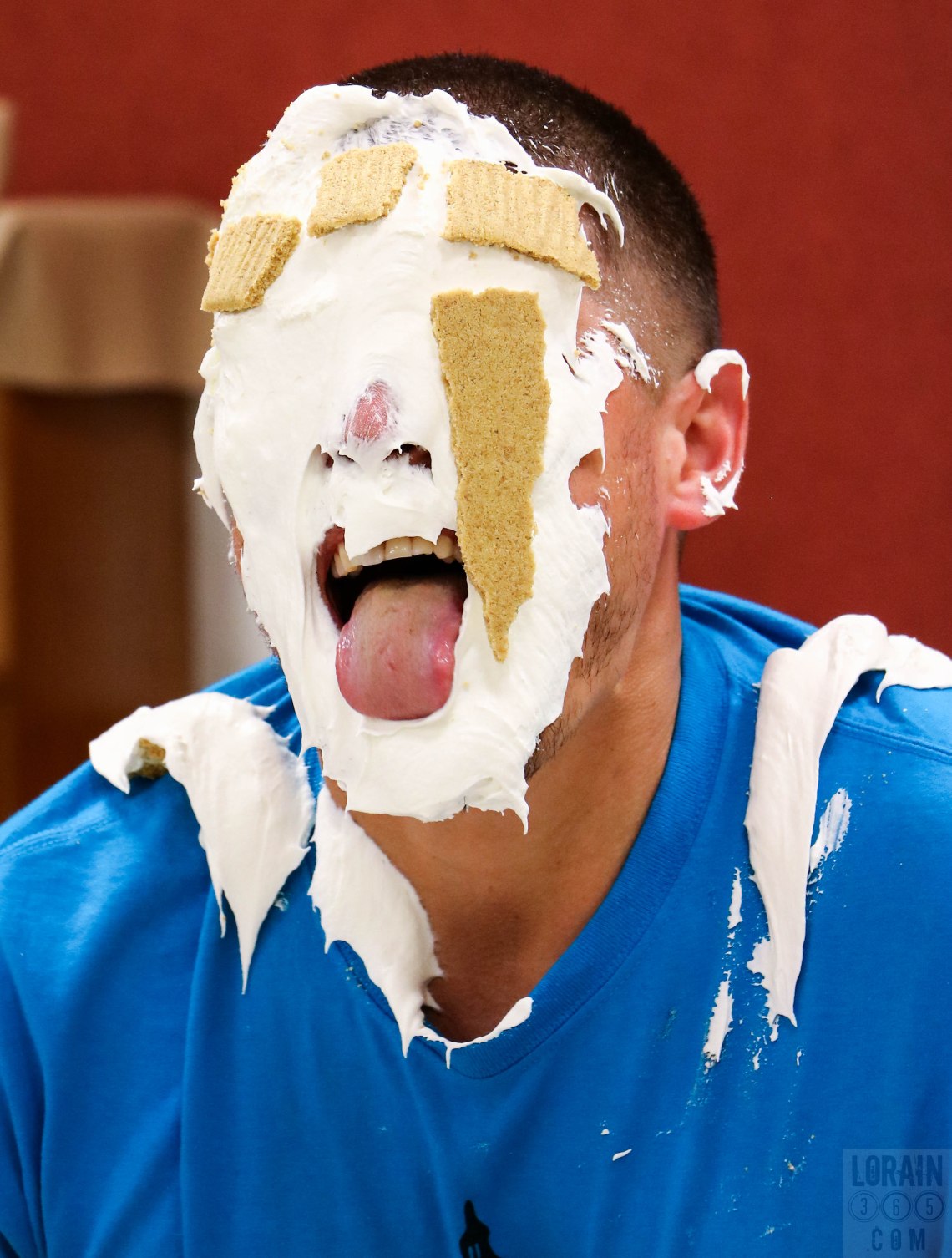